Motherhood talk with Mimi Faust and her daughter Eva

In honor of Mother’s Day, we here at Rebel Lifestyle Magazine had the honor of interviewing TV personality and devoted mother, Mimi Faust. Mimi is a small business owner, interior decorator and the mother to Eva, the daughter of three-time Grammy-Award-winning songwriter, musician, and producer Stevie J. Mimi and Eva talked to us about all things motherhood and what makes their relationship so special.

“Motherhood has made me a better person, because I always have to put someone before me, and it has made me more mature,” Mimi tells us. “It’s not just me anymore. It’s her and I, and she comes first.” She went on to tell us that she is not perfect, just as anyone else. Throughout her seven years of being a mother, she has learned many lessons, including how to overcome during rough times. When asked what she says to her daughter during these times, she stated that she is honest but age appropriate. She speaks to Eva “when it’s the right time” and lets her know that “sometimes Mommy makes mistakes, but you can always turn them around and fix them.”

As a TV Personality, Mimi has to juggle the art of being a mother in the world of entertainment, but she makes it work. “I just do it. You figure it out, and you make it work”, she says. She admitted, “it is difficult, but it’s a lot easier than when it started.” In order to keep Eva shielded from the negativity that can come with the entertainment lifestyle, Mimi makes sure to keep her daughter “a child” at all times. They do not watch negative influences on television, she doesn’t expose Eva to negative things and will not have negative conversations in her presence. She reminds Eva to do unto others as she would have them do unto her. “It is cliché, but it makes a difference. She is seven years old, and I want to keep her a child as long as possible,” Faust tell us. 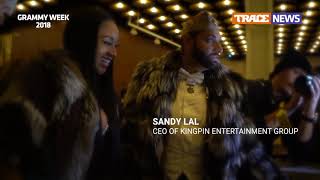 Beauty of Giving with Mimi Faust and Sheen Magazine 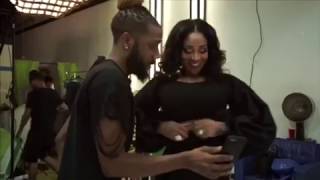 The Glow Up with Mimi Faust and Stylist Ryan Christopher